Brilliant LightBox Technology Now at ARTLAB - These new age frameless LED Lightboxes using Backlit Fabric give a frameless appearance with a smooth and tight graphic face. They can be ordered in virtually any size and are suitable for all types of applications. Plus they’re easy to change (and wash) too - allowing you to update your graphics as often as you want.
OneLight Lightboxes are illuminated with boosted dispersion LED lighting that’s super bright - evenly dispersed with no hotspots yet highly energy efficient – only 14 watts per LED module! 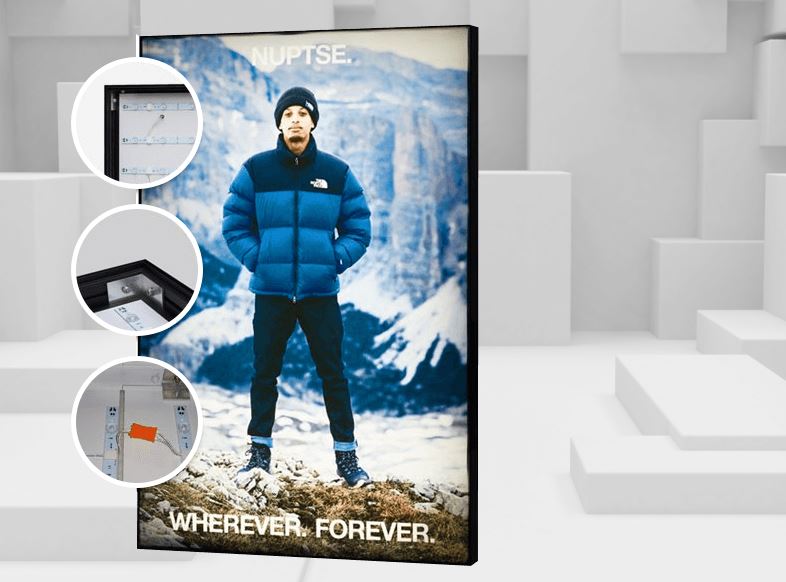 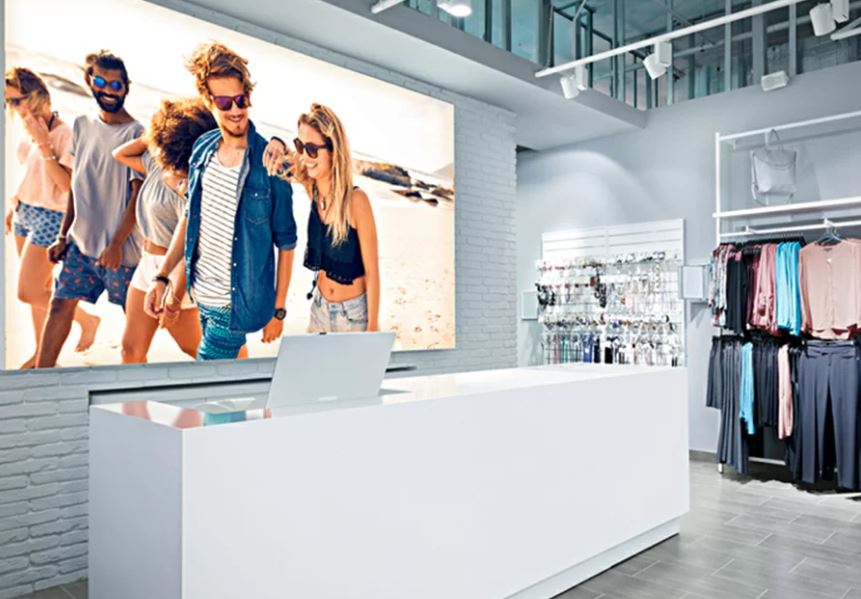 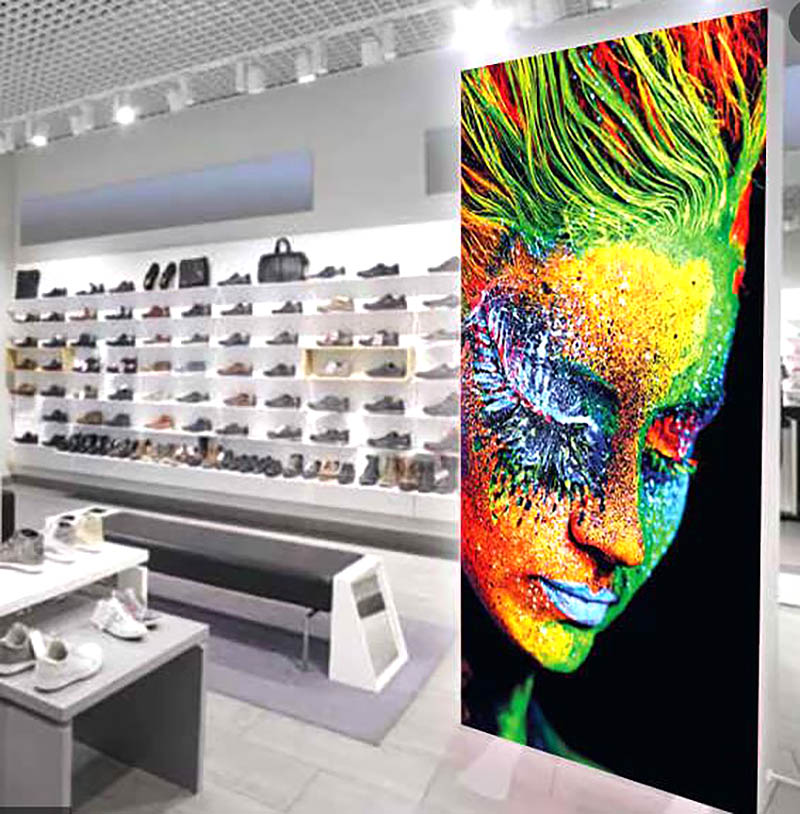 Checkers Liquor Shop has conducted market research to show that illuminated signs work in a bar setting. For participants who weren’t sure what they wanted to drink when approaching the bar, the illuminated signs were very effective. When Checkers illuminated their drinks promotions, their sales increased by more than 100%. Could an LED light box do the same for you?

Capitech installed double-sided light box displays in a select number of their branch windows in order to illuminate and highlight their promo posters. In some of the branches, the signs were lit, and in other locations the posters were displayed in non-illuminated light box frames. In the locations with light box displays backlit illuminated posters, the banks experienced a sales increase of over 30% for the advertised products! This represents a huge ROI for Fortis.

The major high street chemist was able to improve their efficiency in a big way when they installed illuminated signage. By replacing their non-illuminated signage with customised illuminated light box displays, they helped customers understand what was on offer, and make their choices quicker. As you can see from these examples, light box displays can do a lot of the ‘heavy lifting’ for you and make things crystal clear – literally – for your customers.

If you want your LED light box to do ‘double duty,’ select a double sided light box display. By placing them in a shop window, you can advertise your offerings to both your patrons inside the shop and those who are walking past on the street.

If you don’t have enough window space, or you want to promote your message inside a department store, conference floor, or showroom, choose a free-standing illuminated display.

Why you should choose LED Light Boxes

LED light boxes aren’t limited by the same issues that plague fluorescent options. They are much smaller, lighter, and thinner, and therefore can be used in a much wider array of settings and spaces. They are sleek, modern, and elegant, and make your premises look professional.

In addition to being sleek and small, LED light boxes are rugged and tough. That means that you can set them in outdoor spaces without worrying as much about vandalism or theft.

LED stands for light emitting diodes, and they consume a lot less energy than traditional lighting, especially fluorescents. As a result, they consume less electricity. This is good for your budget, and better for the environment (more on this below).

3. LEDs have a much longer life expectancy than fluorescents

Did you know that LED lights can last for as a staggering 35,000 to 50,000 hours? That means that you rarely need to change them, and so you spend less, and use less packaging. On the contrary, fluorescent lights usually only last for about 10,000 to 15,000 hours.

Last but certainly not lease, LEDs are far better for the environment than their fluorescent alternatives. Since they use a lot less power, the have a lower carbon footprint. You can still illuminate your signage while feeling good about the products that you use to run your business. LEDs do the trick without sacrificing the quality of your advertising campaigns.

Did you know that fluorescent light tubes contain mercury? If they break open, they can risk the health of your employees and cause severe damage to the environment. Why risk the health and safety of the planet, and of those around you? Make the switch to LED light boxes and let your customers know that you take the climate crisis seriously

How "Thick" are the lightboxes?

Our frame profile can be as thin as 40mm! – On larger sizes we recommend a 60mm profile for extra rigidity and light dispersion.

What sizes are the lightboxes available in?

We can make OnePiece Lightboxes as small as A4 and up to 10m wide for lighting up entire walls!

What is the average turnaround time?

Generally we like to offer a 7 working day turnaround but this depends on current workloads. If you have pressing deadlines we may under certain conditions be able to expedite your order to a shorter turn-around. (This is at our discretion and a surcharge may apply)

Is the lightbox fabric washable?

Yes – Our digitally printed  fabrics are completely wash-fast and can be easily removed and installed so you can keep them sparkling and bright at all times!

What is the best format to supply ARTWORK?

We can work with most file formats but ideally your art should be supplied as a RGB Tiff or Jpeg at a minimum 150 dpi at the print size. We don’t need more than 150 DPI in order to give you a great result by the way!

We can accept large files via the web. You can email file sup to 20MB via email. Please use Wetransfer for files over 20MB. (www.wetransfer.com/)

How accurate is the colour matching?

At ArtLab all our printing processes are calibrated to the highest industry standards. However – textile printing is DIFFICULT (otherwise everyone would be doing it!) and there are a number of variables involved right down to air temperature and humidity that can affect colour from one batch to another. Various batches of fabric have different cellulose content and other chemicals and factors involved that means there are often batch to batch variations. While our colour matching is generally world class, it must be accepted that there could be variances from screen and from batch to batch.

We do not warrant or agree to undertake any absolute colour matching. Especially to clients monitor colour. (which is meaningless unless the screen has been properly calibrated to a set standard).

We are happy to supply a Pantone chart at a nominal charge on the fabric of your choice for best possible colour matching purposes.

Get a free quotation or more info.